skip to main | skip to sidebar

Finally, more physical proof against the racist notion that Africans are culturally not all that science/math oriented, the old "dark Africa", "song-&-dance" routine. Thousands of books and manuscripts uncovered in what is now Mali, especially around Timbuktu, are just being studied, with stunning results: African scholars in an unfathomably wealthy civilization independently developing sophisticated math, astronomy, and other sciences, even while Europe was still crawling out of the Middle Ages...

From the world's oldest astronomical observatory to Timbuktu scholar Abul Abbas, who commented in 1723 on much earlier scholars' work in the same city - thus showing they were building an independent body of work (and whose conclusions show his lack of contact with, hence independence from, Europe), African mathematical and science achievements have heretofore been largely kept in the dark. All this, and so far only 14 out of more than 18,000 manuscripts have been translated and examined.
Let the racists read it and weep...

An article in the New Scientist (unless you subscribe, you can't get the full article though) reports the discovery and recent restoration and study projects of thousands of ancient manuscripts, called the Timbuktu or Mali Manuscripts, in/around Timbuktu, the site of an unfathomably wealthy, sophisticated civilization.


"In just a handful of the documents translated so far they have overturned the
received wisdom about early African science and astronomy. The scholars of
Timbuktu, they have discovered, were way ahead of their time."

In 1591, Moroccan invaders destroyed many documents and raided schools and universities in the city, mainly after their wealth. Much was lost, but there are still thousands of documents, many of them hidden in walls and tombs, which are only recently being restored and studied, in large part thanks to the renowned astrophysicist from S. Africa, Thebe Medupe.

In the 2003 documentary film Cosmic Africa, Medupe travels throughout Africa, visiting various indigenous societies seeking to find out their knowledge and understanding in the field of Astronomy. More recently, he has been working on the Timbuctu Manuscript project, teaming with other scientists to study the texts for knowledge of science and math. The results are astounding.

"We can now say with confidence that sub-Saharan Africans were studying math and science over 300 years ago," says Dr. Medupe.

Medupe himself is the motivating power behind what has become a rather sudden and stunning revelation of African intellectual achievement and advanced civilization, long buried under what he calls "Eurocentric" history. As he said in an interview,

"...when I was 15, I started to question why everything was Eurocentric.
Textbooks were using European things and so on. So I used to ask myself whether
it was because there was nothing Africa can offer. I refused to believe that. It
remained a very big question for me for a long time, until I came across a
review on African ethnoastronomy. I was very excited."

In making the film Cosmic Africa, he says:

We decided to select remote communities, where contact with the outside world
was minimal, but also living communities where you could clearly and graphically
show that astronomy was an important part of their lives. That's why we selected
the Bushmen, who live on the border of Botswana and Namibia, and the Dogon
people of Mali, West Africa. The Dogons still live the way they did 500 years
ago. They were dignified, and very hospitable. At the beginning, it was not easy
to get information from them — that's how they protect their culture from being
eroded. But once we won their trust, it was very pleasant to live among them.

We also read about a stone observatory—stone structures in the Sahara desert in
southern Egypt that were erected more than 6000 years ago; that's more than a
thousand years before the Pyramids. The stones were erected to mark the
directions of north and of the summer solstice sunrise.

One evening with the Dogons, I went with two old people to look at the stars. I
asked them what was the most important constellation for them. They said the
Pleiades, a star cluster, which is very important throughout the whole of
Africa, actually. The stars are used for planting and agriculture. I asked this
guy [for] positions of the stars, and he gave me the rising times and positions
at different times of the year. I checked with my laptop, and he was very much
correct. To me that proved he knew what he was talking about.

The Egyptian stones apparently contain alignments similar to those done a thousand or so years later at Stonehenge in Great Britain, but they are smaller in size. The Bushmen made out constellations just like the ancient Greeks and other peoples. To me, it shows the commonality between Africa and the rest of the world.

Medupe just discovered the tip of the great civilizations that were Africa, full and rich civilizations with original advancements in such fields as astronomy, mathematics, chemistry, medicine and climatology.

Timbuktu ... was one of the major cities of West Africa from 800 until just over
400 years ago. It was very prosperous, and had many learning centers, with
people collecting and writing books on law, poetry, astronomy, optics,
mathematics. This history of scholarship in Africa extended over large parts of
the continent. Ancient manuscripts are found all over West Africa and even in
East Africa. They are written in Arabic and in local African languages. ...In
Mali alone, there are around 200 private libraries, and literally hundreds of
thousands of books.

One of the sites featured in the film, Nabta Playa, is believed to be the world's earliest astronomical site.


The potential significance of Nabta as a ceremonial site was further
strengthened by the discovery of an arrangement of stone megaliths (large free
standing stones) on the western edge of the Nabta basin. Some of these stones
had been carefully shaped, and weighed up to one and a half tons. They appeared
to radiate out from a central point.

It is estimated that the Nabta site was built and used around 4800 B.C., and scientists say it shows evidence of having been used for astronomical purposes as well.

But most powerful in their refutation of the Eurocentric view of scientific development perhaps are the Mali manuscripts, some dating back 600 years, including beautifully drawn diagrams of the orbits of the planets in a geocentric universe, which demonstrate complex mathematical calculations and algorithms that were as accurate in some cases as anything we have today. And when as Muslims they needed to accurately determine the location of Timbuktu and Mecca, they surpassed the Greeks by inventing the functions of trigonometry.

This should be food for thought for the far right and racists, now apparently on the rise again, who try to delude the world into believing black intellectual and scientific accomplishment never existed or even cannot exist. But then, thought is something they avoid at all costs. And how can we expect non-thinking people to recognize higher intelligence?
Posted by Omyma at 3:18 AM

This is a great post. I'm studying stereotypical portrayals of African scientists in western films for my dissertation.

I am hoping my research will help expose any negative stereotypes, and hopefully encourage film makers to use a fairer number of respected african scientists in their movies.

I am really interested in the stereotype you mention - where did you find out about this? Or is it just anecdotal?

If you (or anybody else reading this) have any info at all I would love to hear from you.
Rhiannon.Buck@uwe.ac.uk

Early mathematics
The Ishango bone, dating to
perhaps 18000 to 20000 B.C.
Long before the earliest written
records, there are drawings that
indicate some knowledge of
elementary mathematics and of time
measurement based on the stars.
For example, paleontologists have
discovered in a cave in South
Africa, ochre rocks about 70,000
years old, adorned with scratched
geometric patterns.[2] Also
prehistoric artifacts discovered
in Africa and France, dated
between 35,000 and 20,000 years
old,[3] suggest early attempts to
quantify time.

It goes alot further back than you think

Fascinating facts - I'll have to look them up. Too bad you're anonymous. And also thanks, Rhiannon - I think I answered you in an email, but for the record, this is not at all merely anecdotal. There are reams of materials, writings, and other evidence. Africa is a hotbed of highly advanced thought in math and science, as well as language - but knowledge of this fact has been lost to a Eurocentric culture. We're busy digging all of that up. 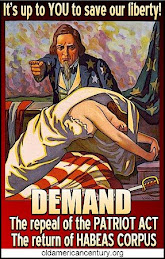 add this to your site